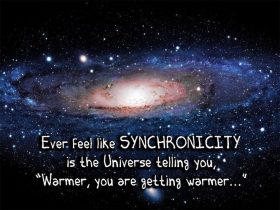 Divine Clues
The Whispers of God

I saw a YouTube presentation that struck me as Dive Clues, yet, not in a way intended by the presenter. So I wish to share my opinions here. They are metaphysical in nature. I will state things in a matter of fact format, but, of course, it is up to you how you accept or reject them.

January 24th 2016 there was an article in Vanity Fair Magazine that was titled:

HILLARY CLINTON CANNOT BE STOPPED
Why her victory over Bernie Sanders is inevitable.

Here is the first paragraph which I found VERY interesting:

For the second time in eight years, Hillary Clinton sees the Democratic nomination being pawed by a charming interloper, like a priceless vase grabbed by a panda. She’d prefer to shoot the panda, but that could mean breaking the vase, and onlookers would object.

Amazing. Let me print that again with certain phrases highlighted:

Hillary Clinton sees the Democratic nomination being pawed by a charming interloper, like a priceless vase grabbed by a panda. She’d prefer to shoot the panda, but that could mean breaking the vase, and onlookers would object.

By now if you are following the Seth Rich case, you know his on-line names were variants of “Panda.” He was “shot”.   If Hillary would been tied to the shooting, she could lose her precious nomination, and most assuredly, onlookers would object.

The presenter in the video pointed to the theory of why Seth Rich was murdered over 6 months later as a “smoking gun.” I disagree. But I do think events like this “prophetic” text do happen as an example of Divine Clues.

Divine Clues are a result of the timelessness of Reality. Or perhaps better said, this Reality is both in and out of our timeframe and sometimes, information from “the future” appears in “the past.” I would submit this happens quite often, but goes unnoticed.  It takes someone recognizing and consciously applying them to the “clued” events.

This Divine Clue was not able to be “seen” until the discovery of Seth’s online name of Panda was discovered. Kim Dotcom then realized he was communicating to Seth when he was talking to “Panda.” And, this Divine Clue published over 6 months before Seth’s death and not recognized until almost a year and a half later and was published by Michael Trimm.

It’s purpose was not to be “proof” to be used it court. Nor was it a “smoking gun” pointing to a plan to kill Rich in Jan 2016. I submit it was meant as Divine Encouragement for those investigating to keep on, keeping on.

Keep your eyes open for more Divine Clues in this accelerated timeframe in which time is not measured by minutes, but by the shrinking “space” between significant events. Do not focus to hard on things. This can promote imagination and fictions. But go though life as if viewing it through your peripheral vision. One is more sensitive to subtleness in this state and can focus in for analysis AFTER being triggered.

What are the odds of this story being written 6 + month before Seth’s death and only noticed, due to other info coming to light almost 1 1/2 years later? Synchronicity is the Fingerprint of The Divine.