We are Neither Black Nor White. 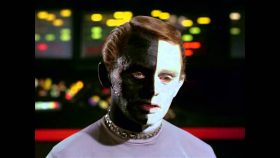 I’ve wondered how people became “raced” black and white, as, we are actually all shades of brown; from beige to dark brown. The brownest man I have seen is still not black. And the whitest, not white. Though, if there is an actually white person (excluding albinos), it would be Nicole Kidman,

It seems the concept of the Constitutional America in practice would actually unite people with a common ideology of Life Liberty and the Pursuit of Happiness (LLPH). The varying cultures of art, music, sports, etc would flourish.

The REAL problem is when an incoming culture does not share the LLPH theme, but, imposes limitations or explorations on that theme. Even worse is the Power-Hungry who caricatures & fictionalizes, then uses, abuses and exploited those created memes to sow discord.

Those “leaders” (probable psychopaths) actually create (or find) people to fit those created memes and shove them down one’s cultural and economic throat. This is the purpose for standardized rules and methods to limit who comes to America. The numbers and reasons, like, wanting to “fit into” the LLPH ideal, keep people from being or being used as a weapon of cultural destruction

Before someone brings up Slavery, it was not in the Constitution to have slaves. It was a “loophole” used (I.E. they were not human) to justify the world-wide, from ancient times, ideology. Notice that it was in Constitutional America this came to an end, while it is STILL used in many places in the world to this day.

But those “leaders” not only used the existence of slavery to manipulate descendants of slaves, but, keep them in a the neo-slavery of poverty as well as try to guilt those who share the same color of the slave owners. 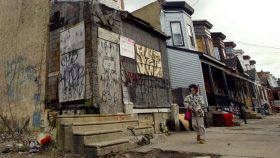 Once you identify the ideological group, and the other things they “support”,one can see clearly see their plans and means.

It happened in Russia (The Bolsheviks), it happened in China (Maoists) and it is happening now in America, custom tailored to destroy LLPH and create a neo-slavery. WE MUST NOT BE DUPED.