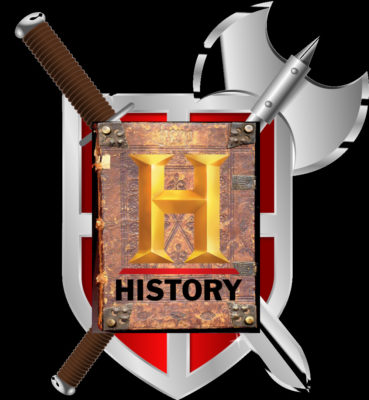 These People (The Coup Plotters) will not ever stop until pulled out in chains, and then Plan Z will be started that will make The Weathermen look like children playing with firecrackers. This battle is until the literal death. Criminals are not fair, they do not follow laws, and if all other lies and propaganda fail, they will scorch the earth rather than “lose.”

Being forewarned is being forearmed for action when needed.

I am not negative or cynical. It is not about “faith.” It is about the pressure of history, thousands of years of precedence, and cataloged prior actions. And just like that, with a snap of their fingers, people believe it will be different this time. Hitler, Mussolini, Stalin, Lenin, Mao, Castro, Idi Amin, Pol Pot, and others lost mostly because they died or killed or physically tossed out of power (facilitated mostly by their death).

It is not unlike the foolish thinking this time; the implementation of Socialism will be different.

If The Left Extremists (modern-day Bolsheviks) and the Deep State (America’s version of the Soviet Politburo) are to “lose,” they will have to be decimated financially, politically and criminally. Public Trials, confiscation of wealth, jailed or executed as the law requires/allows.

Oh, by the way, that is what they seek with Trump and the “Traditional” Americans. They will not stop until that happens. Are YOU prepared to go “all the way” and support those who work on our behalf to restore Constitutional Law?

Frankly, I don’t think so.

Delusion runs on”both sides” in the people. On the Extreme Left, they dance to the Pied Piper of CNN, MSNBC, The Democrat Leadership. Etc. The Patriots “Trust in the plan” from an anonymous blogger and say “wait a minute, that isn’t fair” or “Hey that is unconstitutional” as if the Neo-Bolsheviks/Neo-Maoists will say, “Oh, sorry. We will stop now.”

Another fallacy is the belief that is this “civil war” goes “hot,” it will last “5 mins.” As if the Deep State and other nefarious and powerful actors will merely sit by and let the people “duke it out” and come what may. If you want to see what a hot modern Civil War looks like, look to Syria, Afghanistan, Libya, and Iraq.

I ask again, do YOU, the American People have the stomach for the realities awaiting ahead when all the illusions of these times crumble, exposing the naked raw ugliness of the REAL battles to come? GRAVE and COMPLETE economic collapse. Horrendous terrorist attacks, many assassinations, power outages (think winter in the north w/o heat), no food as the supply chains collapse w/o money to drive), no work or forced payless actions.

It is why I am up at night. Do you think I exaggerate or am being cynical? THESE THINGS HAVE ALREADY HAPPENED COUNTLESS TIMES THROUGHOUT HISTORY KILLING MILLIONS.

Still, there is no way to stuff the Genie in the bottle and go back to the ’50s. It is why I tend to believe we are in the “Latter Days.” The stakes are higher than at any time in history. Even if it kills us, WE MUST NOT GIVE IN TO TYRANNY, for if we do, it will be the end of freedom worldwide.

One unpredictable variable in this whole situation is God.

Many Christians think (project?) that God will thwart the Forces of Evil in this North American Battle of Armageddon. They site Bible verses carefully cut-n-pasted into doctrine, like a modern-day poison pen letter, to ease one’s mind. They relax and are even excited as things get worse as Jesus’ return seems nearer. There is something that bothers me about that approach/attitude.

As for God’s action/inaction, who can tell. I have thought about many interventional scenarios. I am encouraged by some, but I am not sure of any. All I am sure of is, “All things work for good for those who hear God’s call and follow.” (my paraphrasing of Romans 8:28).

Any illusions/delusions we may have will only make things that worse when Reality reveals itself and shatters them like waves crashing into the rocky shores.

“We all will die someday. It is not about staying alive; it is about how you lived.” – Me